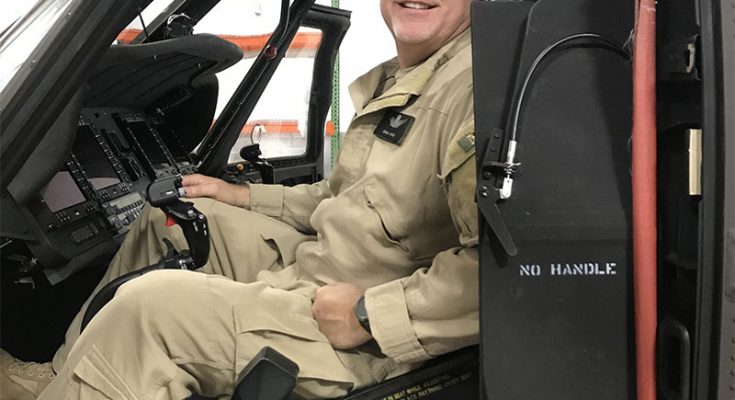 Paul resides in Harvest, AL, and is a helicopter test pilot and instructor with a passion for Blackhawk helicopters, which he has the pleasure of test flying regularly as a vocation. He is retired military (Navy and Army) with nearly 29 years of active service. While on active duty he got to deal with various forms of radio/communication equipment. More recently, as a UH-60 pilot, he has dealt with HF radios via aircraft and ground stations. After retiring from full-time military, Paul says ” I needed a hobby (affectionately called a virus) to keep me busy…enter HAM radio.” He still works and flies helicopters for the government for a living, but states (and demonstrates) a great love for this new “virus.”

Paul actively engages in operation on multiple bands and modes, from HF through 900 MHz, having logged HF contacts from multiple countries, and distant stations including Australia, Spain, Germany, Hawaii, and more. On the digital side of things, he operates multiple IRLP nodes and multiple AllStar nodes which are connected to either of his repeater pairs at any given time. He travels a lot, and likes to have an AllStar node, D-Star, DMR, HF, etc. while doing so. One of Paul’s many areas of particular interest is DMR “roaming.” He shared with the AFCRAS officers that “Most recently, in Washington State, I used a code plug and never changed the HT frequency while traveling from Seattle down to Tacoma…the repeaters sent out a beacon and the radio searched for a beacon. [I] stayed on the same conversation while traveling from city to city without touching any other buttons on my HT except for the PTT.” He also enjoys using alternative radio configurations and means of QSO access such as IRN (International Radio Network), Zello, and Peanut.

During discussions with Paul regarding his interest in supporting the AFCRAS mission of providing the best possible service to Alabama Amateur Radio repeater owners, operators, and trustees, Paul talked about how he — like so many other Alabama hams have also been saying for years — sees so many “paper repeater pairs with nothing on the air.” He goes on to say “‘I’ve tried to ping a lot of pairs in my area with little to no returns.” He further expresses the shared concern about being told there are just no 2-Meter pairs available, etc. But Paul doesn’t want to just talk about the problems and all the complaints he’s heard over the years from other repeater owners (and frustrated, would-be repeater owners; rather, he is a doer, and has already worked in tandem with our Frequency Coordination Director during some of our latest new coordinations and transfers, which he showed a very keen aptitude for (not to mention tremendous enthusiasm.)

His timing was impeccable. AFCRAS continues to experience a rise in the number of new frequency coordination and coordination transfer applications. Word started rapidly spreading around the state about the timeliness and level of service AFCRAS has introduced to Amateur Radio in Alabama. AFCRAS has stayed on top of these applications and coordinations, but at the same time our Frequency Coordination Director has seen a growing increase in his business workload, which includes communications and broadcast engineering, along with a specialized duplexer/filter service and repair business. Dan says “Having Paul jump on board is awesome. His computer skills, ability to grasp the much more modernized coordination methodology utilized by AFCRAS, his energy, and his passion for  teamwork, doing things right, and making the whole frequency coordination process a more timely, efficient, and user-friendly experience all make Paul a ‘natural.’ Not only will AFCRAS benefit from Paul being on the team. AFCRAS will definitely benefit from having Paul fill this role; however, it is the repeater owners who are turning to AFCRAS who will get the greatest benefit from it, because it’s ultimately all about improving the coordination process in Alabama and doing so in a way that is sustainable and continuously tuned to the voices of the repeater owners and members, because it’s all about them.”

If you are am Alabama ham operator — especially if you are a repeater owner, operator, or trustee, and happen to run into Paul at a hamfest or catch him on the air (we seriously doubt you’ll be able to catch up with him in the air, given what his “company vehicle” consists of), be sure to thank him for his willingness and dedication to helping make Amateur Radio in Alabama even more enjoyable for all of us. 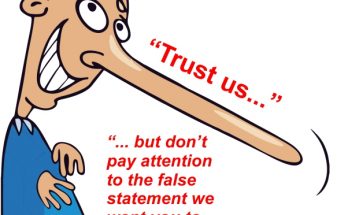 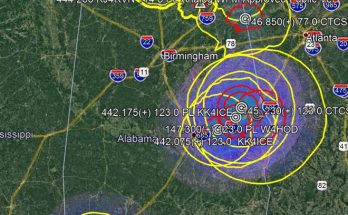 DMR Program Postponed and Will Be Rescheduled